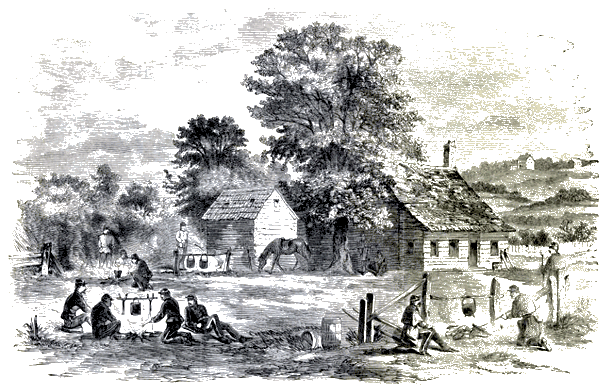 My name is Markus Ruegger and I was born April 14th, 1971. I grew up with my parents and a brother in Weinfelden and attended there the elementary schools. Thereafter I passed a commercial apprenticeship at a trustee company.

From 1992 till 1996 I completed my french horn studies at the conservatory in Winterhur with an orchestral diploma. Thereafter I worked for some time as a freelance musician. In 1998 I went back to my primary profession; first in Kreuzlingen, since 2000 in the city of Zurich and since 2012 with my own company in Frauenfeld. In 2002 I get a Swiss Federal certificate as a trustee (Fachausweis) and in 2006 I achieved my diploma as a Swiss Certified Accountant.

A greater area on this sites is consumed by one of my hobbies. I am engaged for a considerable time in studying the secession- or civil war in the United States of America during the years from 1861 to 1865.

I was interested in history in fact since my boyhood and because I viewed obviously too many wildwest-movies in this time, I came inevitable in contact with this conflict and my interest in it aroused. I abstain to introduce here into the matter because this was made elsewhere already and much more comprehensive than I could ever do.

During my research I discovered a Ruegger who fought in the american civil war. From different sources I arranged an article which was initially published in a hobby magazine. You can see the article here (it is available in german only).

Over the years I pilled up a respectable library of books about and from this time. My particular interests are the aspects of military-history in this conflict. Accordingly, I studied already several drill manuals and in summer 2008 I published the Cavalry Tactics from 1841 - which were in use during the whole conflict - on the basis of a three-volume original as PDF-Version, because there exists no complete reprint of this work. The file mounts up to 18MB and is to obtain here.